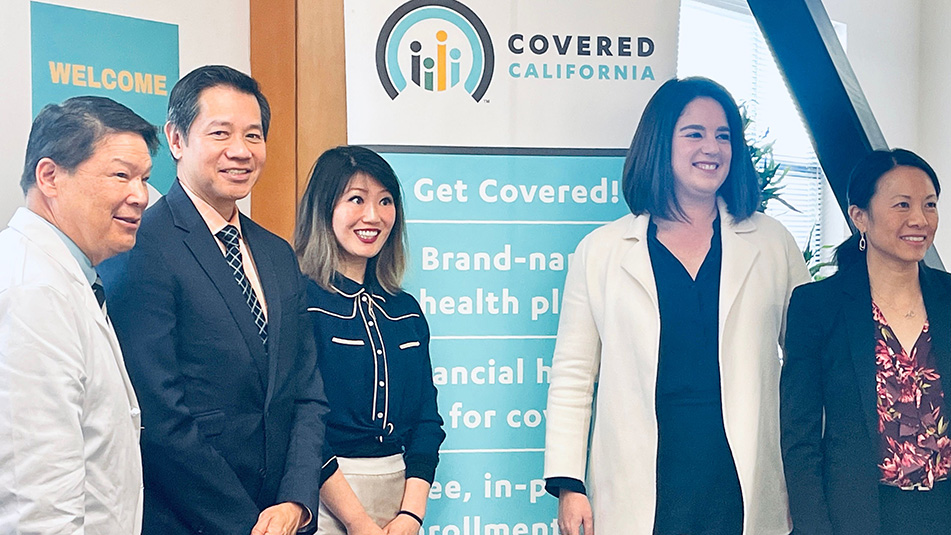 Former U.S. President Barack Obama signed the Affordable Care Act into law in 2010. This year marks the 10th anniversary of Covered California open-enrollment for the residents in California.

Each year’s open enrollment of Covered California begins on Nov. 1 and ends on Jan. 31. It is the one time for the members to enroll or change their health plans.

Altman was named in February 2022 as the second Executive Director of the Covered California to succeed the founding Director Peter Lee who resigned after reaching his 10-year tenure on the position.

Altman hosted Asian American healthcare leaders at Asian Inc. in San Francisco this week and met with Asian press to encourage the uninsured in the Bay Area to sign up for health coverage under the Affordable Care Act.

“Covered California has seen its overall enrollment grow by more than 40 percent, exemplified by a nearly 45 percent increase among those identifying as Asians,” said Altman.

The data indicates the enrollment growth among the Asian community from 2014 to 2022 is significant. Chinese enrollment has been up 76.9%.

“The uninsured rate among all Asian groups in California was 7.0 percent in 2021, but there were differences among ethnic groups and higher uninsured rates for newer immigrants,” said Altman.

“While the uninsured rate is lower than the state average in some AAPI communities such as Chinese (5.9%), Vietnamese (6.4%) and Filipino (6.5%), it is significantly higher in the Korean community (15%) and among new immigrants (five years or fewer in the U.S.) at 11.6% for all ethnicities and those with limited English proficiency (17.8%),” said Altman. “90% of the enrollees have been qualified for the financial help.”

CCHP has been selected by Covered California for a number of years as one of the health plans in the market for enrollees to choose. Larry Loo, CEO of CCHP, said CCHP was founded in 1986 to meet the needs of the Chinese community lingually and culturally for healthcare services.

Jessica Ho, Government and Community Affairs Manager of Northeast Medical Services (NEMS) , said NEMS, which currently operates 14 sites in San Francisco, has primarily served the Chinese immigrant community. Since the Asian community has a higher rate of diabetes, NEMS offers diabetic screening for its members at no cost.

Dr. Winston Wong, Board Chair of National Council of Asian Pacific Islander Physicians (NCAPIP), encourages everyone to enroll in Covered California for health insurance. “The number one cause of death for Asians is cancer, not heart disease,” said Dr. Wong. “Cancers are curable. The routine screening through the health insurance coverage can detect cancer earlier and save lives. Cancer is also preventable.”

Shop for a Plan